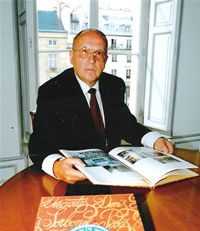 Egypt is in a critical time and i thought of sharing with you some first hand knowledge about what is happening.

Mosslem brothers has controlled the power of ruling the country, when president Morsi won the elections by less than  one percent edge, of the majority votes of the 40% of those who r eligible to vote, i.e. it is not by any measure an overwhelming majority.

President, has taken unprecedented action, few days ago, 6 months after being in power, by overthrowing  the whole judicial system away and took their constitutional power in his hands so he became the sole power having the executive, legislative and judicial power, and added that his not to be accountable or future questioned about any decision that he takes, he did that  in a one sided announcement, against all measures of democracy.

He and his group of extremists , are violating human rights, rights of minorities, and particularly women and Copts in the draft of the constitution, they are preparing this draft alone after withdrawal of all representatives of the civil society and the church.

They are trying  to pass the draft of the constitution, and  yesterday 4 am in the morning they agreed upon it, in an attempt to bring out the draft  before the constitutional court rule against the constitution committee  formation the second of December as every body who knows the rule of law expect...

People has amazed me so far  by their peaceful demonstrations ,in hundred thousands last tuesday and again today, and I hope we can persist  in demonstrating for some time against this unaccepted non democratic, short sighted behavior of the president and his party.

I am expecting there will be violence if they feel more and more the power of the street against them. Every one I know are in tahrir.

Position of Judges is very strong, as all levels of the judicial system has announced their strike against the presidential violation of the core of democracy and freedom, and the coming few days are critical in the future of this country.

All newspapers, with the exception of those owned by the state, all privet TV channels are striking next Tuesday in a message to the whole world against the violation of freedom in egypt.

Unfortunately MBs, are perceived to be getting  support from the US, after revolution ,and still, with stupid assumption that all Egyptians are religiously directed and following them, I hope they now understand better. Secular people and liberal forces are partially ignored  by US, against all logic.  At least this is the perception of the people.

MBs have funding, and they are armed, in addition to some Hamas members to organize street fights.

The EU position seems to be  better than before, a little more understanding that MBs are not moderate Moslems, as they have succeeded in deceiving the secular liberal societies in Europe, the truth has appeared now clear and shining that they do not respect neither freedom, nor can tolerate difference in opinions. They do not respect minorities nor understand the human rights as defined by the international community.

All  what we care about  now, is to prevent Egypt from falling into  this hole of extremism and fascistic regimen that, can control the country for years to come if we do not stop it now, we need to move forwards not backwards. If Egypt falls, the rest of the Middle East will fall, and our neighbors in Europe will not be immune from the side effects.

Just wanted to share with you the reality of the situation and my thoughts.